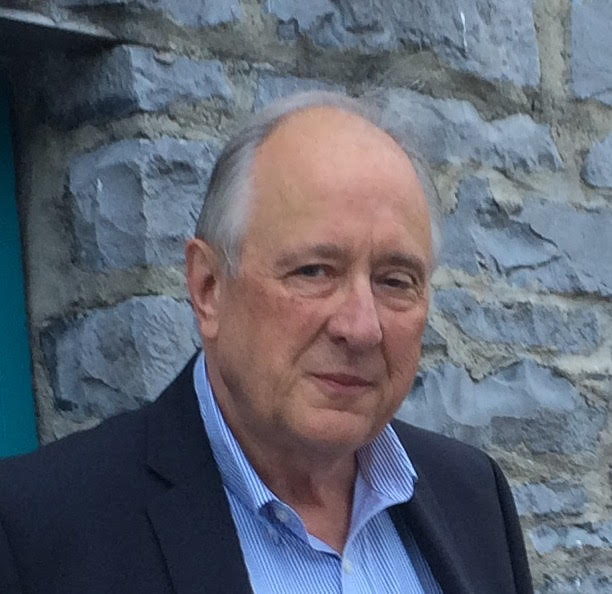 Conan Doyle Estate Ltd and the family of Sir Arthur Conan Doyle announce the death of our dear friend and invaluable colleague.

We invite anyone to take up their pen and send a few words
Jon@ConanDoyleEstate.com

Jon Lellenberg, our dear friend and valued collaborator, passed away on April 24th after a brief illness.¬Ý Jon was a gentleman, a scholar and a patriot.¬Ý My life is immeasurably richer for having known him. I am proud of the work we did together, and grateful for 35 years of friendship.¬Ý There will be time in the days ahead to celebrate his life and achievements, but today our thoughts are with his family. ‚ÄúThe reader will judge that I have had many adventures,‚Äù Conan Doyle once wrote. ‚ÄúThe greatest and most glorious of all awaits me now.‚Äù
Daniel Stashower

There is so much to say about my friendship with Jon, but I would begin with the way represented and supported the family, first with Conan Doyle‚Äôs daughter Jean, then Charles Foley and finally Richard Pooley, Catherine Beggs and myself.¬Ý I am proud to have proposed that Jon become an equal shareholder in Conan Doyle Estate Ltd so many years ago.¬Ý A decision that was unanimously carried by the original shareholders as Jon clearly deserved it.¬Ý Jon's energy, passion, enthusiasm and insight into my Great Uncle Arthur's life and literary creations was brilliant and, for those who knew him well, often exhausting. But never dull.¬Ý I am delighted that Jon will remain as our ‚ÄúCorporate Memory‚Äù¬Ý
Richard Doyle

Jon's death is a huge blow to so many people, above all to his wife, Susan, and family to whom Jon was so clearly devoted. Jon was known to me by name long before I actually met him. He was an enormous help to my step-grandmother, Jean Conan Doyle. It was a rare stay with her when I did not hear of his latest fight on her behalf either to burnish her father's reputation or to defend her intellectual property rights in the USA. When Jon persuaded me, together with Cathy Beggs and Richard Doyle, to take over the running of the Conan Doyle Estate, it was with a sense of foreboding. Was my life going to be taken over by Doyle and Sherlock Holmes? But Jon acted as our guide and mentor to keep us safe from what he often called "The Curse of Doyle". There is so much I will miss - his clarity of thought; his no-nonsense, straight-to-the-point emails; his prodigious memory for sometimes the most arcane facts, retrieved if not immediately from his "brain attic" then within hours from the "lumber room of his library"; his stories of his own experiences abroad, serving his country, whenever I wrote to him from some part of Central and Eastern Europe; and his desert-dry sense of humour. He was not only a clever man, he was a witty one too. And a great patriot and public servant. A good man has left us.
Richard Pooley

I always had the utmost respect for Jon and it became natural to think of him as a member of our family.¬Ý In my work with Conan Doyle Estate he was my anchor. He never failed to provide a reply to any random question, the answer normally appearing in my inbox within minutes of my sending it day or night.¬Ý As with all of our family I will truly miss him and my heart goes out to Susan and their children.
Catherine Beggs¬Ý

¬ÝJon was an immense support to me when as an executor I faced the almost impossible task of arranging Dame Jean Conan Doyle‚Äôs Estate.¬Ý He and Susan then became my most valued personal friends and most gracious hosts to me on the many occasions I managed to visit them in the US.
Charles Foley

We are heartbroken. Jon was so wise, so full of history and expertise and knowledge, so solid, that it is inconceivable he would not be with us. It was always a bright spot in the day when Jon would appear in my office doorway unexpectedly, sometimes carrying something for me in his simple canvas bookbag. He was one of those remarkable people who succeeded in two careers simultaneously. His day job was in the Pentagon, while nights and weekends he was one of the world‚Äôs foremost experts on Arthur Conan Doyle and his literary output. He met his wife as a result of Sherlock Holmes, and ever after Susan gave him perspective on the Holmesian world of social misfits that he loved. In recent years Jon‚Äôs priorities changed, and Susan and their daily schedule of grandchild care were always first for him. I took note of that. Who wouldn‚Äôt want a friend who had gone into partnership with his own fictional character, naming his company Hazelbaker and Lellenberg? I will miss him beyond speaking.
Benjamin Allison

I knew Jon well through his writing, long before I had the pleasure of meeting him. Soon after I became the general editor of the Edinburgh Edition of Conan Doyle‚Äôs works, I contacted him with some query, which he answered immediately, courteously, and fully. Over time he would have had every right to get impatient with my questions and requests for help, but he continued to respond promptly and with unfailing good humour. When finally we met, on one of his trips to London, it was no surprise to find him a cultivated, kind, and generous companion, his conversation reflecting his broad experience and intellectual scope. He gave unselfishly of his time, not only to me but to several other of the Edition‚Äôs editors. More broadly, he has been a great servant of Conan Doyle‚Äôs memory. An unforgettable colleague and friend.
Douglas Kerr

It is unbelievable for me that Jon has gone. I have never seen such an individual with accurate mind and marvellous memory as him. I never forget the days in Tokyo with Jon who came to Japan with Susan and Charles Foley, as well as the days of many events related to Conan Doyle over the world. And I am so sorry that I cannot show him the Japanese edition of The Narrative of John Smith, now I am translating, anymore. Jon, I miss you.
Mitch Higurashi

Heartbroken to belatedly learn of the passing a week ago of my dear friend Jon Lellenberg.¬Ý I wrote for his Baker Street Miscellanea in the 1970s, for his Sherlock Holmes in America anthology in this millennium, and corresponded with him regularly for nearly half a century.¬Ý Words are too poor to express my grief.¬Ý Heartfelt condolences to all his family and friends.
Robert Pohle

A world of Doyleiana and Sherlockiana without Jon Lellenberg is difficult to imagine. I got to know Jon in January 1993, when, as a nervous, rather clumsy, ill-prepared, 23-year old Swiss Sherlockian, I was thrown into the orbit of the BSI weekends in glamorous New York for the first time, courtesy of my friend and fellow BSI, Richard Rutter. One of the books that I bought was The Quest for Sir Arthur Conan Doyle, edited by Jon. ‚ÄúFor Marcus Geisser, being I hope just the first of many more visits to the BSI weekend in New York City, January, 9, 1993, with warm Irregulars greetings, Jon L. Lellenberg‚Äù is the kind inscription. Over the past 28 years, we met many times in New York, but, more recently, in London, where I now live, and in Davos, Hasliberg, Meiringen, Rosenlaui, Reichenbach Falls, Florence; more recently even on the top of the Spl√ºgen Pass. Over the past decade, Jon was, in his quiet, knowledgeable, authoritative manner a major inspiration for the conferences that Michael Meer and I of The Reichenbach Irregulars of Switzerland organized on Doyle and Switzerland (Davos, 2014), Beyond Reichenbach (Hasliberg and Florence, 2017) and Dark Deeds in the Canon (Hasliberg and Spl√ºgen Pass, 2019). A conference without Jon as a speaker was, simply put, in the realm of the impossible. He is, of course, a contributor to our book that collects some of these talks in a handsome volume, which, yes, I hope you won‚Äôt‚Äô mind my saying that, we launched today, on Reichenbach Day, 4 May, when else!? A world of future Reichenbach Irregulars‚Äô exploits and expeditions in Swiss alpine heights without Jon is somehow difficult to imagine. Sadly, we now need to learn to do exactly that. Our thoughts are with Susan and his family.¬Ý
Marcus Geisser

It is with such sadness we learned of Jon‚Äôs passing from our friends at CDE as we were preparing to celebrate the license renewal of The International Exhibition of Sherlock Holmes in April followed by the exhibition opening on May 1.
In 2011, Exhibits Development Group (EDG) and I had the great pleasure of meeting Jon in Chicago to discern the possibility of producing the one and only international STEM exhibition surrounding Sherlock Holmes.
We quickly became friends and colleagues.¬Ý Jon‚Äôs infectious good hearted personality and enthusiasm (to put in mildly) for all things Sherlock quickly turned our endeavor into reality.¬Ý In October 2013, EDG and our design-development partners GMC+A opened the exhibition at the Oregon Museum of Science & Industry ‚Äì and the smile on Jon‚Äôs face could have launched the Titanic.
8 years later, the enthusiasm for the exhibition did not wane nor did his enthusiasm to keep the project alive to realize another 10 years of international museum hosts in Europe, Middle East and Asia.¬Ý Although Jon will not be with us in person, his spirit for this project will continue on for years to come.¬Ý When someone asks me ‚ÄúAmy, what is your favorite exhibition you have produced or distributed?¬Ý I would often say, it is a very tough question but I often said, Sherlock Holmes.¬Ý In large part, it is because of Jon and the team who helped create it.¬Ý It was and continues to be one of the most amazing projects.‚Äù¬Ý I hope you all will join us in Oklahoma, Miami or in Minnesota to see the exhibition and celebrate Jon‚Äôs genius.¬Ý He was a genius in my eyes.
With our utmost admiration to this brilliant man and sincerest condolences to Susan and the family, very truly yours,
Amy Noble Seitz