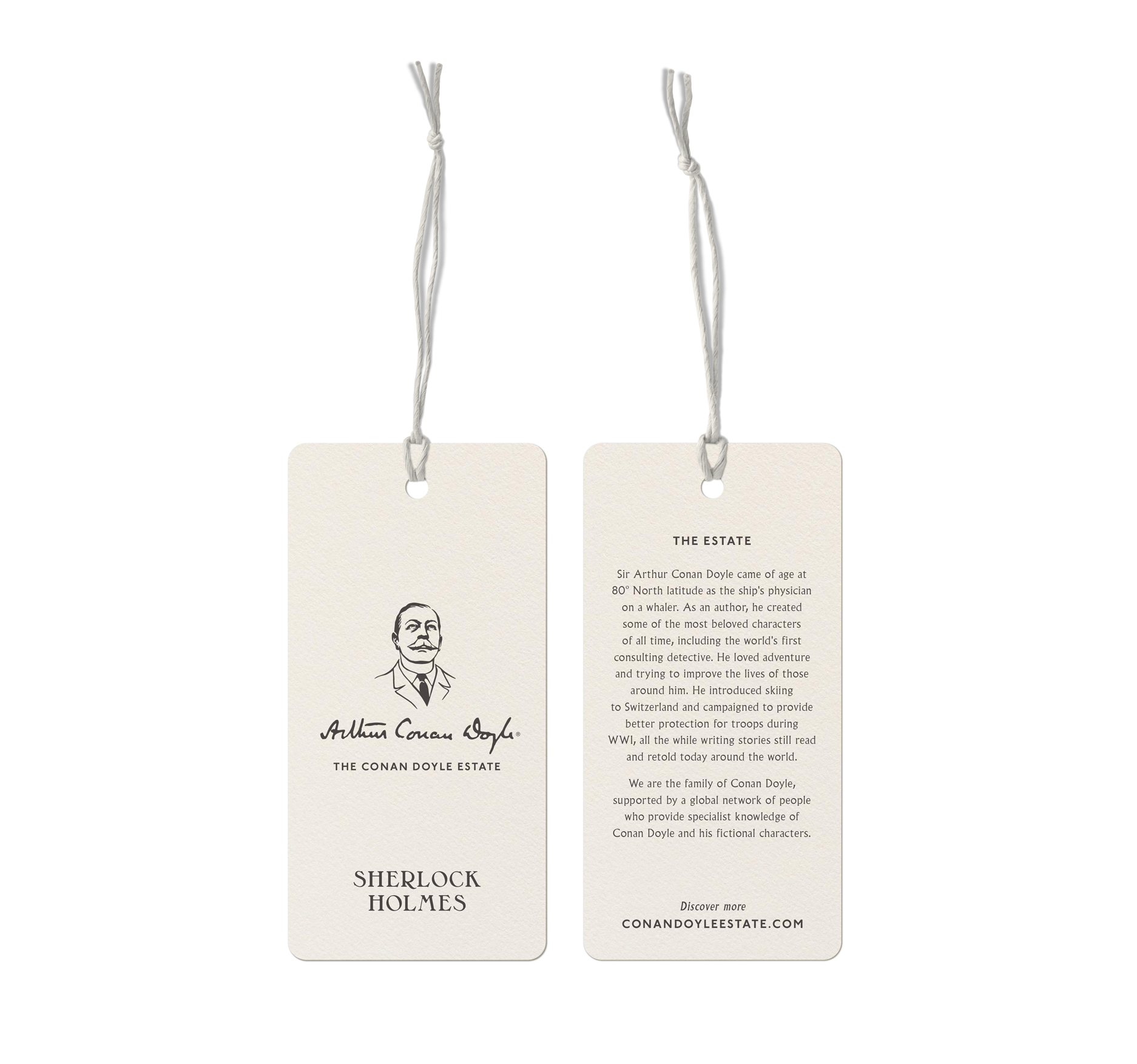 Weaving Family and Holmes Together

When my niece, Tania Henzell, contacted me last year and said she had designed a tartan for Sherlock Holmes, I was both intrigued and baffled. Intrigued because I wanted to know how a piece of cloth could represent a person, especially someone who never existed. Baffled because I thought you had to belong to a Scottish clan to be able to have your own tartan. But then I’m an ignorant Sassenach and Tania comes from an ancient Scottish family on her father’s side and, like Sir Arthur Conan Doyle, the creator of Sherlock Holmes, was born and raised in Scotland.
Tania has lived in Edinburgh for most of her adult life and runs a clothing company, Tattimole. She has been designing clothes for many years and thought it time that Sir Arthur’s most famous fictional character should have his own tartan. Working with weavers the House of Edgar, she came up with a tartan that combines Sir Arthur’s Irish ancestry and Scottish upbringing with key elements of Holmes’ life and character. I love the fact that the yellow line in the mainly green and blue tartan represents Holmes’ brilliant deductive powers. I say “fact” but it may be worth pointing out that colours in tartan do not have a standardised meaning. In fact this gives designers like Tania the chance to ascribe meanings to the colours they use.
I asked Tania why, other than because of Sir Arthur’s strong links to Scotland, she had decided to design this tartan. There were two extra reasons.  One is her own connection to Sir Arthur. Her maternal great grandfather (and my grandfather), Sir Geoffrey Bromet, had remarried three years after his first wife’s death. His new wife was Dame Jean Conan Doyle, the last surviving child of Sir Arthur (and dame in her own right – she had been head of the Women’s Royal Air Force). Tania has fond memories of Jean, with whom she often stayed when visiting London in the 1980s and 90s. Jean loved horse racing and took Tania to Ascot. She was delighted when a horse named after her favourite Doyle character, Brigadier Gerard, turned out to be one of the most successful racehorses of all time.
Tania was also spurred on in her plans for this new tartan when she discovered that it would be a first. Sherlock Holmes has become the first fictional character to have his own tartan approved by the Scottish Register of Tartans.
There was, of course, a particular reason why Tania contacted me when she decided to design the Sherlock Holmes tartan. She wanted to know if the Conan Doyle Estate Ltd would grant her a license for the use of our trademarks. We were only too happy to do so and to help her in marketing the new tartan. Our aim over the last two years has been to make the world much more aware of the man who created Sherlock Holmes and so many other fascinating characters. Every product which uses Tania’s new tartan will have a tag attached to it which not only has our new logo and trademark but also our website address.
We hope that Tania’s customers will be nudged into finding out more about Doyle ... the Man. Explore Sherlock Holmes Tartan HERE.
Richard Pooley
21 March 2018
The Conan Doyle Estate
< Next Previous > < All news