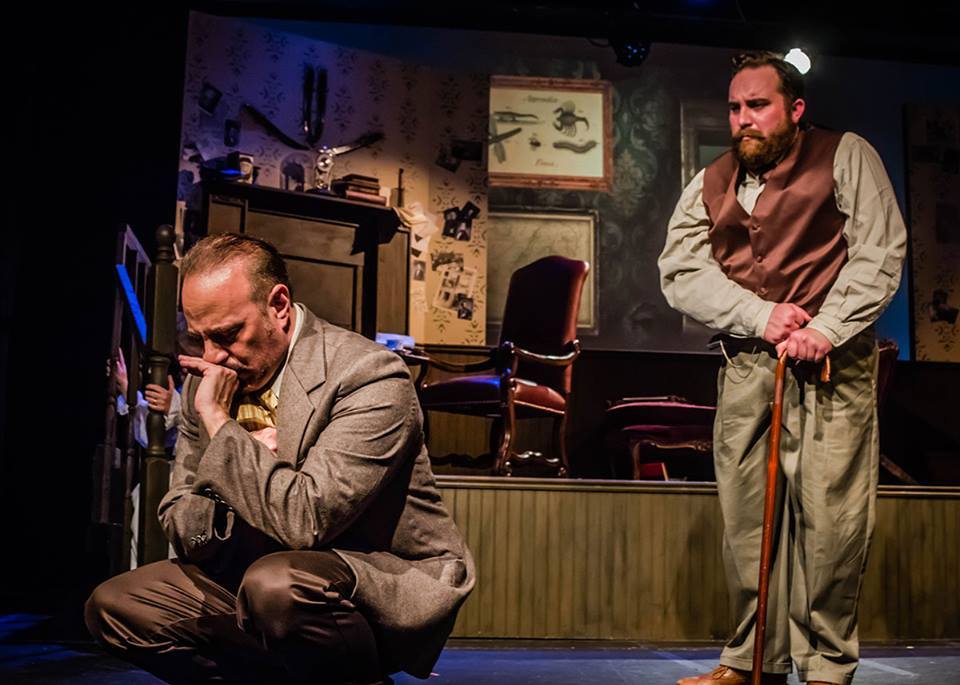 MY DEAR WATSON is set in the original period of the late nineteenth century. It combines quotes, characters, and plot elements of several original Conan Doyle stories, including A Study In Scarlet, The Valley of Fear, The Three Garridebs and The Final Problem, all tied together in an original way. This allows the audience to be taken from Holmes and Watson's initial introduction to the final showdown with Moriarty in just 100 minutes.

Mainstreet Musicals finds the work to be "crisp, clean, period, very much in the style of Sir Arthur Conan Doyle's novels...interesting, clever, and faithful to the original source." They elaborate with "The familiar source material and clever lyrics and music deserve to be appreciated and supported along the journey towards full realization in the performance."

Conan Doyle Estate director, Richard Doyle, says of the collaboration, "The Conan Doyle Estate's main aim is to have the voice of Sir Arthur Conan Doyle heard by modern audiences. I am sure my great uncle would have been delighted that his family, through the Conan Doyle Estate, is supporting My Dear Watson. His passion for innovation and the arts is beautifully represented by Jami-Leigh Bartschi."

Writer Jami-Leigh Bartschi is a music educator, playwright, and composer, originally from Milford, Conneticut. She holds a Bachelor Arts degree in Music, and a Master's degree in Liberal Studies from Rollins College. She has been recognized as Teacher of the Year, and she has accompanied and musically directed numerous productions, including West Side Story, Guys and Dolls, The Drowsy Chaperone, and Cinderella, among others. She lives with her husband in Longwood, Florida.

Director John DiDonna, a 25-year veteran or Orlando theater, successfully helmed the show's professional debut at theLowdnes Shakespeare Center last year. Several of his original Central Florida cast members will be joining the New York performance. DiDonna's company, Empty Spaces, is known for the eclectic perennial favorite Phantasmagoria and many other productions, both familiar and original. DiDonna and Empty Spaces are deeply involved in Florida theater events, including The Red Chair Affair, the Orlando Fringer Festival, and the Orlando Shakespeare Festival Intern Program.

The musical was written and composed by Jami-Leigh Bartschi. The Assistant Director is Jaz Zepatos. Piano and violin accompaniment are provided by Pati Sayers and Eri Park, respectively.

Credit to BWW News Desk
< Next Previous > < All news