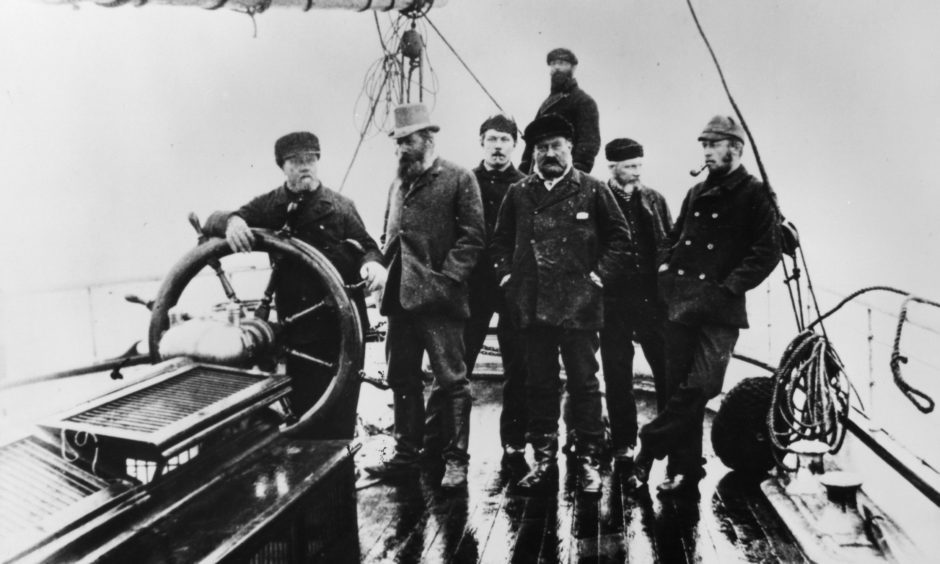 We were contacted recently by a feature writer - Neil Drysdale of¬Ýthe Press and Journal, who was keen to write a piece about the 140th anniversary of the young Arthur Conan Doyle‚Äôs journey on the whaling ship Hope.¬Ý

Drysdale had already read Sir Arthur‚Äôs account of the voyage but needed insight and further information and had asked The Conan Doyle Estate to assist¬Ýwith the feature which made the press today.¬Ý

The natural choice was of course Jon Lellenberg - who is one the experts from The Estate for many topics Conan Doyle related - but who also co-edited¬Ý"Dangerous Work": Diary of an Arctic Adventure, with Daniel Stashower in 2012.

The excellent article in the Press & Journal can be seen in full HERE - which also includes the Sherlock Tartan designed by Tania Henzell and licensed by The Conan Doyle Estate - here's an excerpt...¬Ý

"It was a step into the unknown which nearly ended Sir Arthur Conan Doyle‚Äôs literary career before it had even started.

Yet, although the creator of Sherlock Holmes admitted there were several occasions when he was close to a watery grave after joining the Peterhead whaling ship ‚ÄúHope‚Äù, which sailed into the Arctic in 1880, he was also inspired by his experiences to begin drafting the backstory of the famous Baker Street detective.

Jon Lellenberg, the co-author ‚Äì with Daniel Stashower ‚Äì of Dangerous Work: Diary of an Arctic Adventure, has investigated the remarkable story of how the young medical student embarked on a nerve-shredding journey, alongside north-east skipper John Gray and a crew of Peterhead and Shetland men, who braved sub-zero temperatures, and hazardous working conditions in one of the most remote places in the world." Read on...

The Press & Journal
< Next Previous > < All news