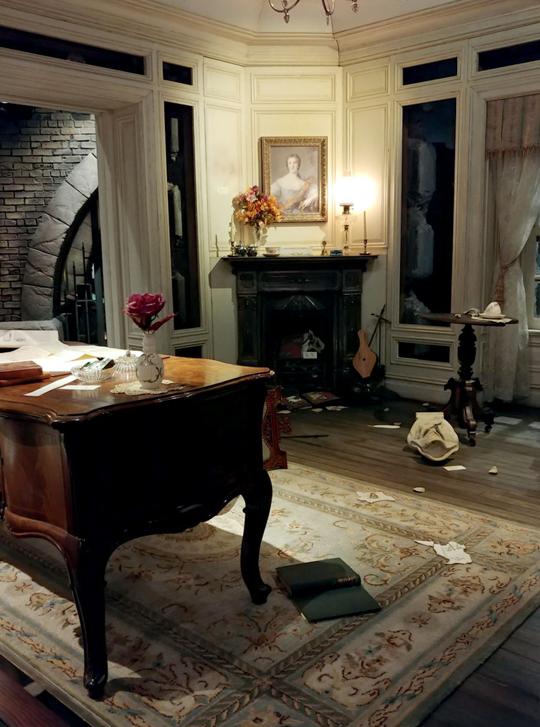 The Game's Afoot with The International Exhibition of Sherlock Holmes

The Post & Courier have published a review of The International Exhibition of Sherlock Holmes - which opened in Columbia at South Carolina's History Museum.¬†

‚ÄúElementary, my dear Watson,‚ÄĚ became a popular catch phrase after the famous fictional detective Sherlock Holmes uttered the words in a film adaptation of one of Arthur Conan Doyle‚Äôs perennially admired tales. There is a point in nearly every narrative when Dr. John Watson, the detective‚Äôs sidekick, expresses his bewilderment and frequent exasperation over Holmes‚Äôs summary pronouncement that he has solved a difficult case. Watson is perplexed by the puzzle of the crime, but Holmes, with his superior deductive powers, finds the solution all too easy.

Now is your chance to match your wits against those of the great detective. The South Carolina State Museum is hosting the¬†International Exhibition of Sherlock Holmes, which takes visitors through an elaborate display of Victorian Era artifacts, covering such topics as optics, ballistics, botany and cosmetics ‚ÄĒ all of which are part of Holmes‚Äô presumed knowledge base and all of which figure into solving a crime laid out for the public, crime scene and all. Each visitor is given a notebook with which to jot down observations. What is the significance of a seed pod burned by the suspect and a single bullet hole above the fireplace? What does the blood spatter tell us? What is the meaning of the markings that lead away from the scene?

Even if you choose not to play the detective game, there is much to see in this very elaborate, large-scale exhibition. There is information on both Doyle‚Äôs literary precursors in early crime fiction and on the probable model for Holmes himself, Dr. Joseph Bell, whose lectures Doyle attended at the University of Edinburgh Medical School. Further displays are devoted to how Holmes was translated from the page to the stage and screen, including costumes from the television series¬†Elementary, which ran on CBS from 2012 to 2019 and starred Jonny Lee Miller as Sherlock Holmes and Lucy Liu as Dr. Watson.

Fans of the books and films will also enjoy the meticulous recreation of Holmes‚Äô sitting room at 221B Baker Street, including the acid-stained table where the detective conducted his chemical experiments, the case which held the violin that he played as a meditative exercise, and the Persian slipper where he stashed his pipe tobacco handy for his requisite morning smoke.

Working with the Conan Doyle Estate, which is now administered by the author‚Äôs grandnephew Richard Doyle, the Oregon Museum of Science and Industry, and the Museum of London, the exhibit builders have created a very impressive slice of the great detective‚Äôs Victorian milieu. As you make your way through the elaborate exhibits, you can almost hear Holmes himself shout, ‚ÄúThe game‚Äôs afoot!‚ÄĚ

The International Exhibition of Sherlock Holmes is a fully immersive experience. It allows you to experience Arthur Conan Doyle‚Äôs Victorian London and work side-by-side with his legendary¬†detective.

The Exhibition is just one example of the global reach and world class expertise that The Conan Doyle Estate can provide. Our international network of specialists have been closely involved in consultancy and detailing for the making of the exhibition and it was with pride that it was opened in 2013 at the Oregon Museum of Science & Industry by Richard Doyle, senior director of The Conan Doyle Estate and Sir Arthur‚Äôs¬†grandnephew.