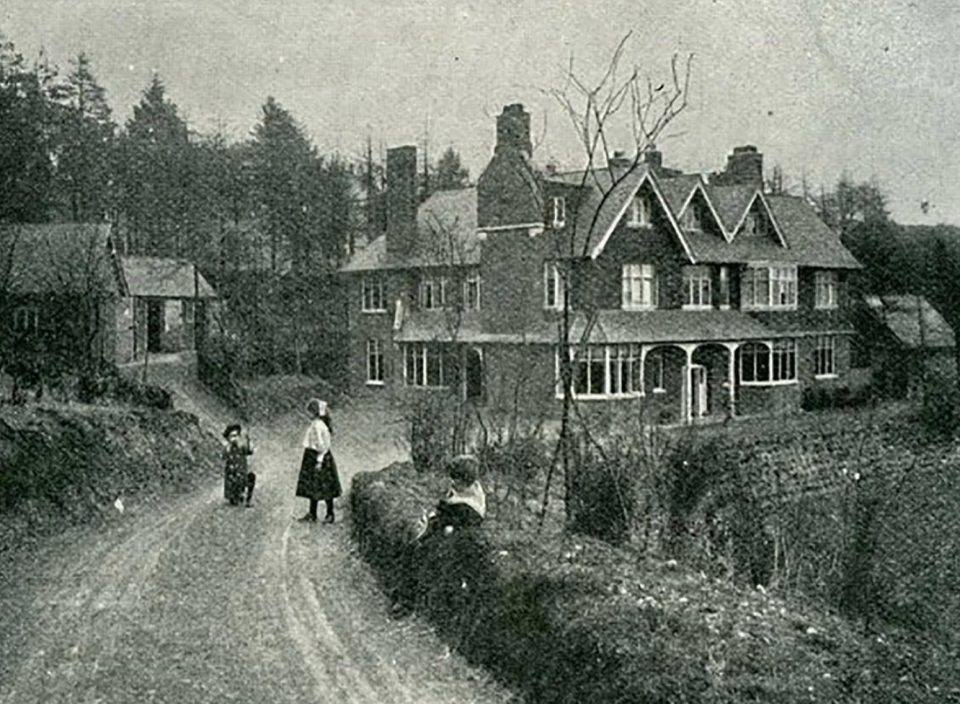 Undershaw in Hindhead, Surrey, where the author penned many of his most famous works, fell into disrepair after it was vacated in 2004.

But in a resurrection worthy of the famous fictional detective himself, the derelict 14-bed Victorian property has been restored to its former glory following a £7.5million fundraising drive.

It is now home to Stepping Stones school, which was previously housed in a nearby church.

Their business manager Anne Edward said: “The building was in a terrible state - almost no window was intact and you could see daylight through some of the roof.

“Every original fireplace has been restored and preserved.

“And because we were able to build an extension we didn’t really have to touch anything of the original house. One wall was knocked down to connect the extension to the house and one internal wall was changed.

“But apart from that it is the same. His study where he wrote Hound of the Baskervilles is now the headteacher’s office and his wife’s room, which has the best views in the house and lovely bay windows, is now our library.”

Conan Doyle helped design Undershaw, which he moved into in 1897.

During the ten years the family lived there they were visited by many famous authors including Peter Pan creator JM Barrie and Bram Stoker, who wrote Dracula.

It was during this period he resurrected his most famous creation - Sherlock Holmes.

There was public outcry when Conan Doyle killed off the sleuth in the The Final Problem in 1893.

But he bowed to pressure and resurrected him in the iconic 1901 novel The Hound Of The Baskervilles. A year later he was knighted.

After his wife died in 1906 and Doyle remarried, he moved to Crowborough, East Sussex, and rented Undershaw out until it was eventually sold in 1920. Conan Doyle died ten years later.

By 1924 it had been converted into a hotel, which it remained until 2004, when it was sold to a developer to be turned into housing.

But the decision was overturned in the High Court and in 2014 it was bought by David Forbes-Nixon, a parent of a pupil at Stepping Stones.

The building has now been nominated for a Surrey Heritage Award, with the winners announced on Wednesday.

Credit to Carl Stroud, The Sun.
< Next Previous > < All news